URBAN ECOLOGIES – TREES IN THE CITY

Slovenia and also Ljubljana are a place of total contrast regarding the trees: preservation and devastation co-exist intensely. Urban tree is the epitome of the paradoxes of nowadays. It endures all the violence and tensions of culture-nature dichotomy and holds a potential for solutions, a better world beyond us. 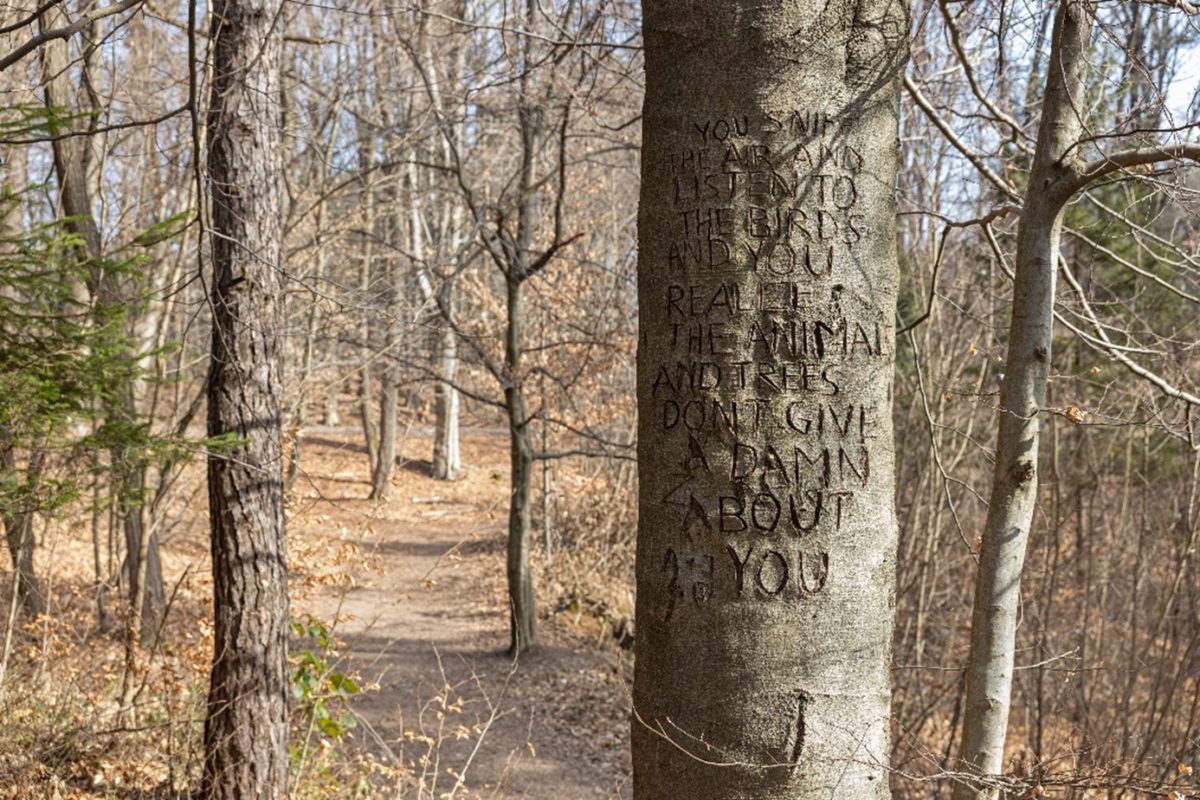 The ACT Summer Labs are events intended for exchange and development of artistic practices.

The four editions of the ACT Summer Lab are held subsequently in Zagreb, Ljubljana, Skopje and Riga. Every Summer Lab is curated by the local organising partner, making sure it is a place of interaction with the local communities.

The ACT partners invite artists to work together in this process of artistic immersion and exploration.

The second Summer Lab is organised by Bunker, from Ljubljana, at the time of the Mladi Levi Festival 2021, and it will be designed around the theme of Urban Ecologies – Trees in the city.

What trees do
Climate change is a battle we are all fighting. More than ever, cities are where the battle takes place. Rising sea levels, extreme temperatures, floods, droughts and storms are threatening the very basis of urban life; ravaging people’s homes, destroying infrastructure and jeopardizing vital access to basic resources such as clean water. But cities are not just at the receiving end of devastating consequences of climate change; they very much contribute to it. Some estimates suggest that cities are responsible for 75 per cent of global C02 emissions, with transport and buildings counting among the largest contributors. One simple yet powerful way of building more sustainable and resilient cities is planting trees. Strategically planted trees can cool the air by between 2 °C and 8 °C, thereby reducing air conditioning needs by 30 per cent. A single tree can absorb up to 150 kg of C02 per year and help mitigate climate change. Trees also help control land erosion, reduce landslides and control surface water, and help mitigate flood damage. Planting more trees in cities is a simple, inexpensive and yet deeply impactful way in tackling climate change.

These are just simple facts stated in UNECE program for planting more trees in the cities over Europe, we forget about or even ignore. Besides the measurable undoubted benefits there is more to trees than mere positive effects: trees outlive any human life and are – especially urban trees, planted by humans – living monuments of life beyond ours. Silent and still witnesses of constant change. There are 50 % less trees in Europe than at the beginning of more organised agriculture, but we seem to have not lost the connection with trees – the history of planting trees in the most urban of environment is as old as civilisation. Many cultures consider planting a tree as a noble act; as a necessary act in life and we use phrase such as the tree of life.

Summerlab Ljubljana
Slovenia and also Ljubljana are a land of total contrast regarding the trees: on one hand most preserved trees; Slovenia has 14 primeval forests) and a landscape park penetrating the centre of the city, beautiful city initiatives such as city orchard, a 30 km ring around Ljubljana with trees all along and on the other hand too little trees in the city, unrightfully cutting of old trees for better views or for the interests of the capital. Urban tree is the epitome of the paradoxes of nowadays. It endures all the violence and tensions of culture-nature dichotomy and hold a potential for solutions, a better world beyond us.

During the Ljubljana Summer Lab, Bunker would like to draw attention of invited artist to the potentials of trees in the city; they can serve as an inspiration, as a tool (see the picture above, Benjamin Verdonck & Maria Lucia Cruz Correia’s project with the poem engraved in the urban tree).

Bunker will organise two pre-events/lectures with discussion by Maja Simoneti, landscape architect and spatial planner, and Luca Cinquemani, philosopher, artist and botanist already in the beginning of August. During the artists’ stay in Ljubljana we would focus on workshops, field trips, work connected to or inspired by trees. Artists Benjamin Verdonck and Maria Lucia Cruz Correia (tbc) would act as moderators of the group – oscillating between practical dramaturgy and research companions of all the participating artists. The artists’ final contributions (interventions, reports, testimonials, any format of works of art) will be presented within the frame of the Mladi Levi Festival 2021.