This duo of artists worked together as a result of an ACT commission by Bunker. Tery Žeželj dedicates her work to dramaturgy, and Ivana Vogrinc Vidali is a video and filmmaker. 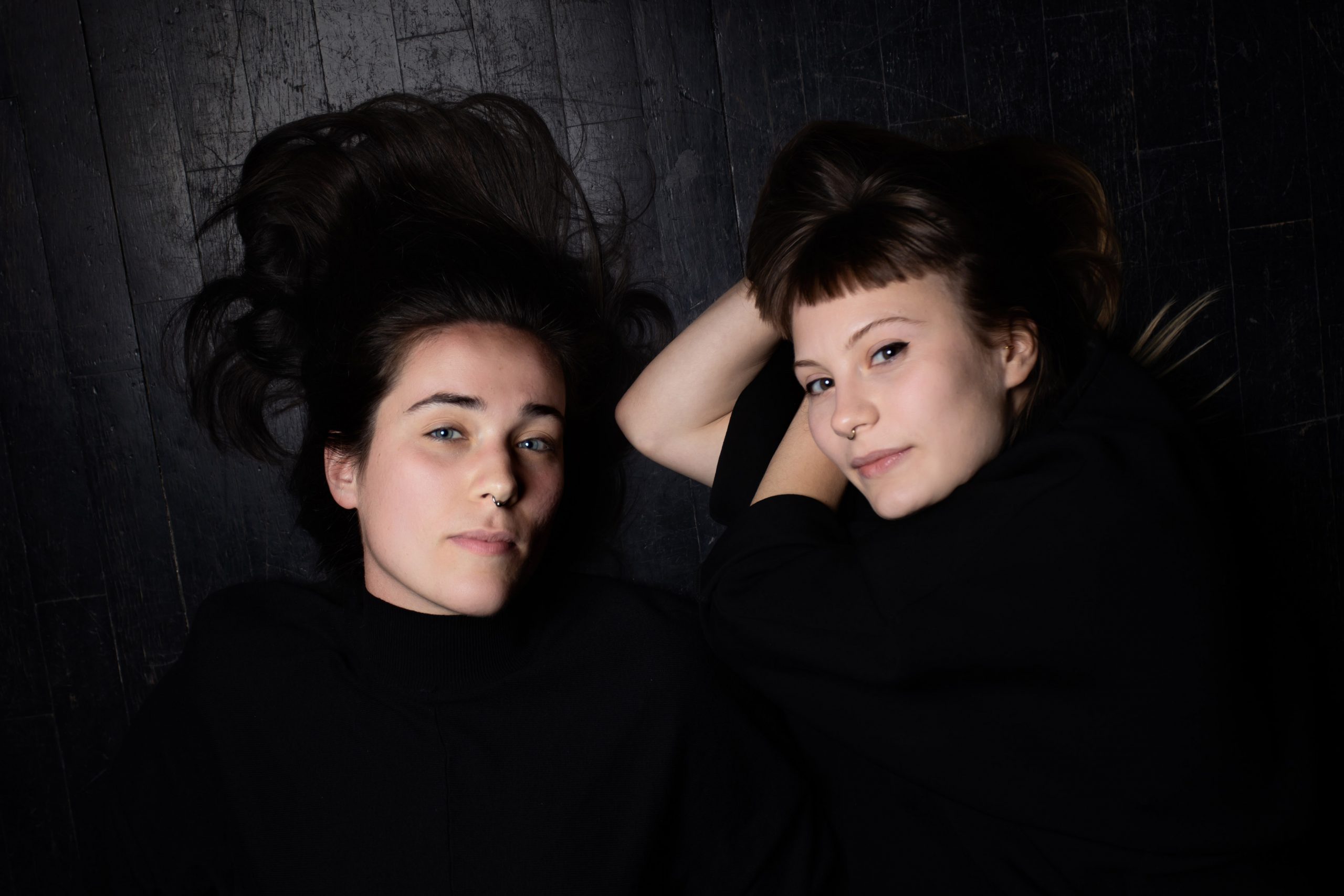 After graduating high school, Tery Žeželj first studied musicology at the Faculty of Arts for two years and then decided to start studying dramaturgy and performing arts at the Academy of theatre, radio, film and television. She finished her bachelor degree programme with a thesis on critical aspects of theatrical time as potentially constructive in creating alternative community spaces which can impact an individual’s perception of the world and she got the Prešern’s award for it. While studying she worked as a dramaturg in student productions Oleanna (2018), »Srebrno rebro/Silver rib« (2018), »Otroci na oblasti/Power to the Children« (2019), »Kralj Lear/King Lear« (2019) and in coproduciton of AGRFT and Slovene National Theatre in Ljubljana for the project »Simpozij/Symposium« (2019). Performance »Power to the Children« won the grand prix on Festival of International Student Thetre in Belgrade, Serbia and the Prešern’s award of University in Ljubljana. In 2018 she worked as a dramaturg with director Dragan Živadinov in performance »Odilo. Zatemnitev. Oratorij./Odilo. Obscuration. Oratorium.« In 2019 she was assistant of dramaturgy and directing in project National Reconcilation: Freedom Landscapes with Ana Vujanović and Marta Popivoda. She is part of the editorial committee of student magazine »Adept«. Last year she started editing theatre programmes in Glej Theatre in Ljubljana. In January 2020 she had two premiers of projects where she worked as a dramaturg: student production »Ljudožerci/Cannibals« and a puppet show »Ponočnjaki/Nachfalter« which was a coproduction of Puppet theatre Maribor and werk98 from Vienna.

Ivana Vogrinc Vidali was born in Maribor in 1997. In 2016, she became a student of Film and Television Directing at the Academy of Theater, Radio, Film and Television, University of Ljubljana. At the end of her first year, she made a feature film Blind Spot (2017), and the next year, an experimental documentary On the Moon, Luna, and Their Reflection (2018). It was included in the competitive study program of the largest and most important Eastern European documentary film festival, Ji.hlava 2019, among others. In 2019, she made a short experimental film Vialund (2019) – her first project outside the Academy. So far, it was screened at the FeKK Ljubljana Short Film Festival 2019 and at the Festival of Slovenian Film 2019. She is currently working on a dissertation film Transnebesna železnica (“Transcelestial Railway”). She is a member of the Association for Film Culture Development, Maribor, where she curates and is the head of Ekstremno slovensko 2 (“Extremely Slovenian 2”) programme (film evenings with young filmmakers), and collaborates with Ljubljana City Theatre (MGL) as the author of video trailers.