Daniel Linehan’s choreographic work is intent on softly obscuring the line that separates dance from everything else. He approaches performance-making from the point of view of a curious amateur, testing various interactions between dance and non-dance forms, searching for unlikely conjunctions, juxtapositions, and parallels between texts, movements, images, songs, videos, and rhythms. 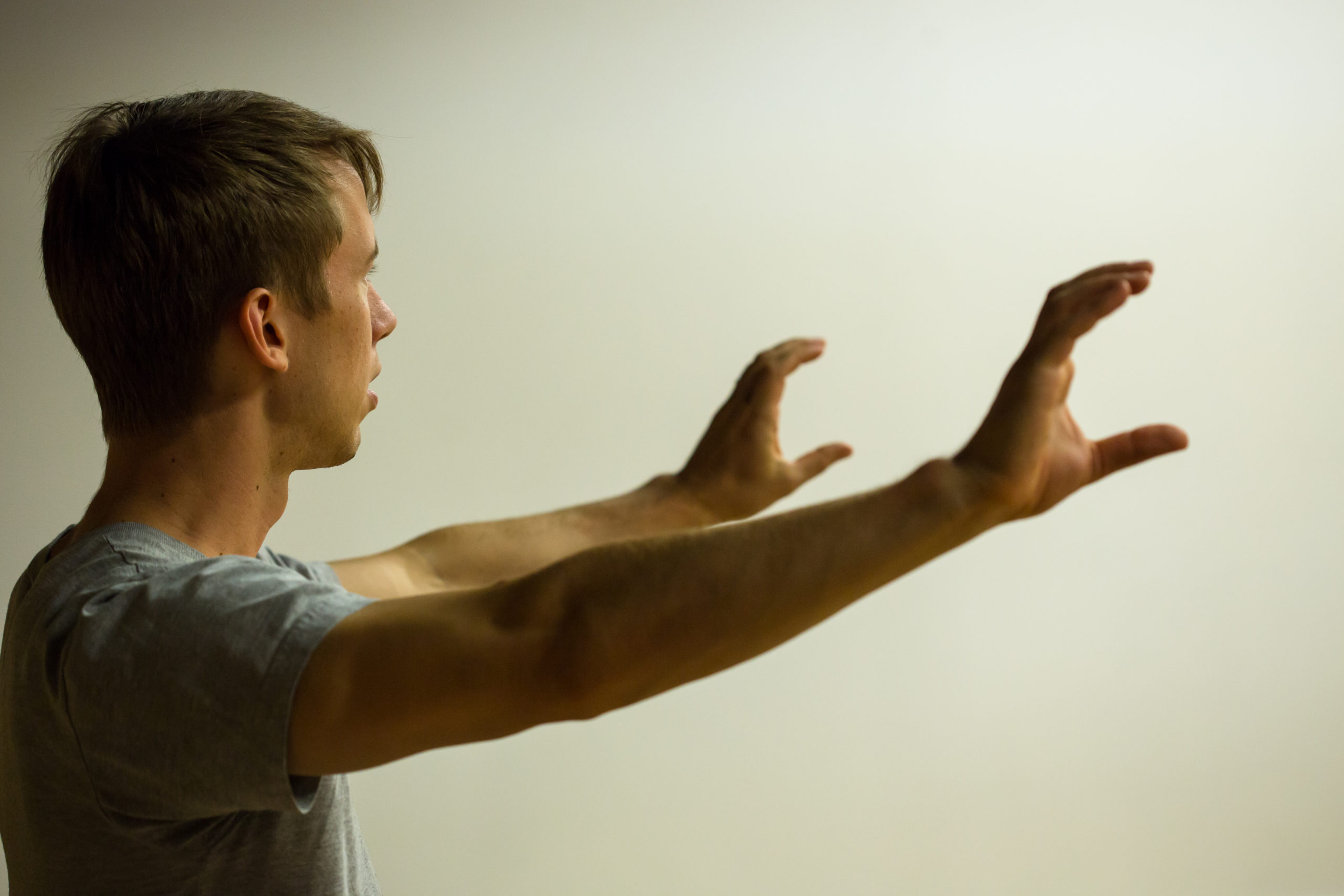 Daniel Linehan - Photo by Joseph Lambert
“Can we reach a state in which “dancing” and “giving attention” mean the same thing?” Daniel Linehan

Hiatus is the production company of choreographer and dancer Daniel Linehan.

The word “hiatus” implies a space of possibility, an opening. Each project of Hiatus aims to create an opening that fosters human-human connections in the here and now: bringing attention to our physical surroundings and our social environment, whether it is in a theater or in a studio or outdoors or any place we go. Bringing attention to the here and now also implies bringing attention to the urgent concerns of today, evaluating our roles in the diverse ecologies that we inhabit, as inhabitants of the city of Brussels, as travelers who create dialogues in different communities around Belgium and internationally, and as citizens of a planet facing ecologically precarious times.

Linehan first studied dance in Seattle and then moved to New York in 2004. As a performer, Linehan worked with Miguel Gutierrez and Big Art Group, among other artists. His own choreographic work first came to public attention in 2004 with the solo Digested Noise, presented in Fresh Tracks at Dance Theater Workshop. In 2005 and 2006, he worked with a team of four other dancers to create The Sun Came and Human Content Pile. Linehan was a 2007-2008 Movement Research Artist-in-Residence. In 2007, he premiered the solo Not About Everything, which has since been presented in over 75 venues internationally.

Linehan also developed Vita Activa (2013), a participatory project for 40 unemployed people culminating in a final public performance, co-directed with Michael Helland;  the book A No Can Make Space (2013) which gathers and organizes the traces of Linehan’s ten years of choreographic practice, created in collaboration with graphic designer Gerard Leysen (Afreux); and untitled duet (2013), a work streamed live as part of the Performance Room Series at Tate Modern in London.

Linehan is regularly invited as a guest teacher and mentor at dance institutions worldwide.

Linehan was Associated Artist at deSingel International Arts Campus (Antwerp, BE) and New Wave Associate at Sadler’s Wells (London, UK) from 2012-2014. From 2013-2016 he was Artist-in-Residence at the Opéra de Lille (FR).

Daniel Linehan is Creative Associate at deSingel International Arts Campus 2017-2021.
Since 2015 Hiatus is supported by the Flemish authorities.
In partnership with BOS+, Hiatus contributes to the reforestation of our planet.