Alida Dors is a queer activist, sociologist and choreographer. She founded the dance company BackBone, which is an indispensable player in the Dutch Performing Arts field. Indeed, Alida’s leadership played an important role for that to happen. She is one of the few female mid-career dance makers who dares to show and name assumptions about colour and bi-cultural origin in her work. Through dance, Alida found her way to make a concrete contribution to the discourse on the world we live in, and to stimulate people. She’s the new artistic director of Theatre Rotterdam since the spring of 2020. 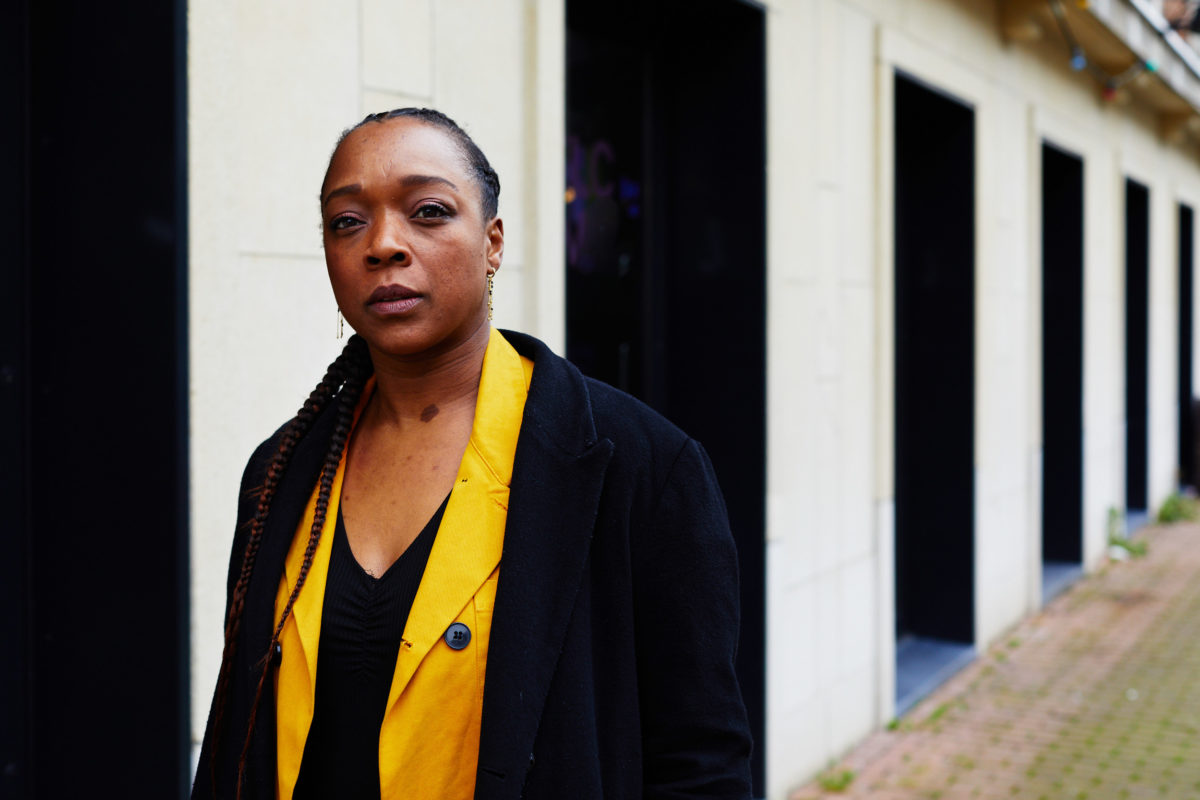 Alida Dors - Photo by Willem de Kam
“Each One, Teach One” Alida Dors

Alida Dors is a queer activist, sociologist and choreographer. Having completed her studies of Fiscal Economics in 1999, she developed as a dancer in the hip – hop and breakdance scene. She toured with ( international ) artists such as Eternal and developed her own style, in which she also started to teach. She danced in the underground scene as well as in the commercial circuit and was a dancer with various companies including ISH Dance Collective. In 2004 she founded hip-hop school Solid Ground Movement in Amsterdam together with Bryan Druiventak. In the years that followed, Alida developed into a choreographer. Her work did not go unnoticed: She received an international grant from the Van den Ende Foundation and later from the Dutch Performing Arts Funds.

In 2011, she graduated as a sociologist form University of Amsterdam and started her own dance company BackBone. BackBone is now an indispensable player in the Dutch Performing Arts field. Alida’s leadership played an important role in this; she is one of the few female mid-career dance makers who dares to show and name assumptions about color and bi-cultural origin in her work. In dance, Alida has found her way to make a concrete contribution to the discourse on the world we live in, as well as to stimulate people. The traditional form of hip-hop, with its short narrative structures and rigid forms, proved insufficient to act as a catalyst for her artistic and social ambitions. Alida breaks open these forms, adds different disciplines to her dance vocabulary as needed and creates a total experience in her productions.

She removes the bravado from regular hip-hop dance and tackles subjects that are contemporary and relevant to everyone. As one of the first women in hip-hop, she decided that hip-hop can form a rich basis through which to tell stories and share emotions. She is able to build bridges between different languages of dance and different audiences. Her work presents recognisable themes that are of concern to ‘real’ people. This allows her to reach a broad, heterogeneous public. She draws potential audiences into the theatres, while at the same time finding locations outside of the theatre, in the public space, where her work is easily accessible to everyone.

Alida Dors has been the artistic director of Theater Rotterdam since April 2020. She curated the Opening track and created a choreography that can be seen during this track, inspired by her earlier performance Or Die Trying. An energetic performance in which dance and Thai boxing complement each other. This new tailor-made choreography is about transformation, and is made for all dreamers and the fighters among us.