Marina Petković Liker (1980) is involved in artistic and scientific research on the interrelatedness of voice and body, the female gesture and the female principle of action in art and life, synaesthetic theater, theatrical interplay and synergy of performing artists from different fields. Together with dance artist Sonja Pregrad, she founded the artistic organisation Fourhanded. They would like to create opportunities for examining theatre performance as an event in all stages of the artistic, research and performance process, and to inspire empathy and co-creation. 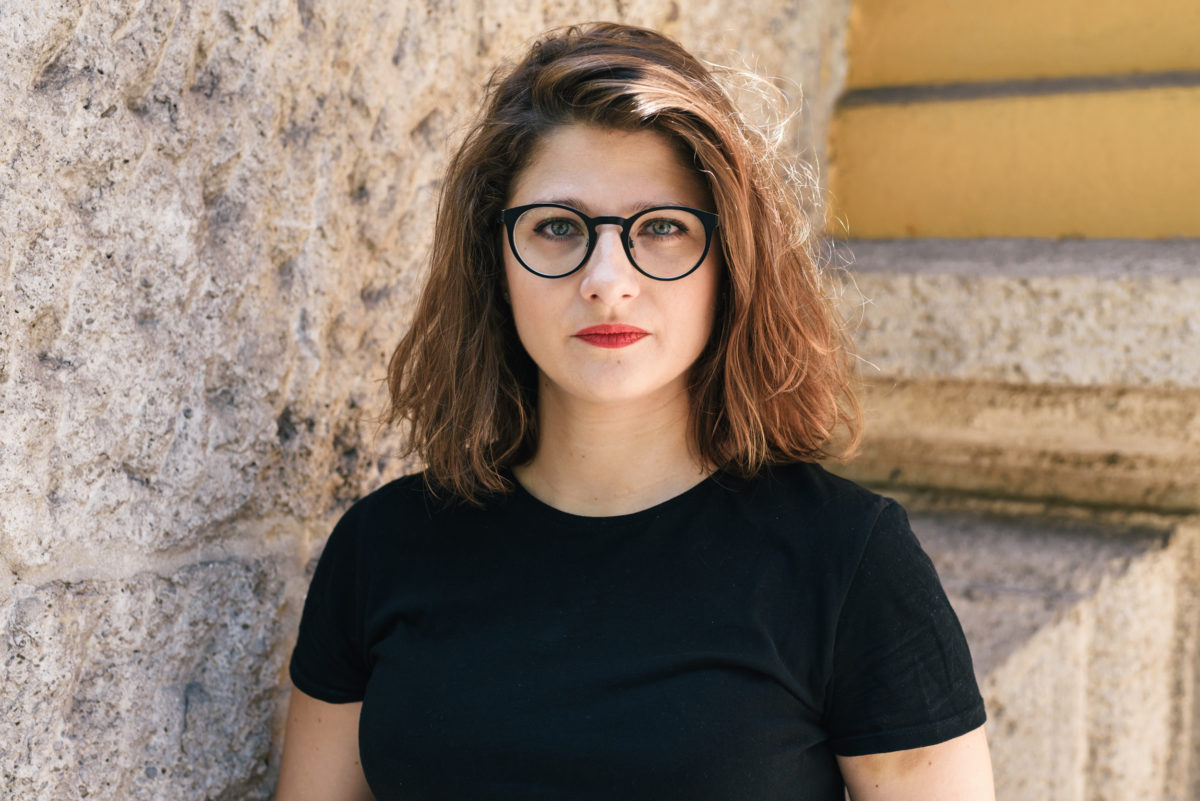 Marina Petković Liker is a theater director, phonetician, comparative literature scholar, voice and speech professor, and PhD candidate in literature, performing arts, film and culture. As an assistant professor at the Academy of Dramatic Arts in Zagreb, she teaches Stage Speech. From 2008, she taught as an associate professor at the undergraduate and graduate studies at the Faculty of Teacher Education in Zagreb, Puppetry and Narration and Reciting courses. She also worked as an assistant at the Voice course at the Academy of Arts in Osijek.

Since 1998, she has worked at the drama studio of the Zagreb Youth Theater school as a drama, voice and speech pedagogue. She holds professional and artistic workshops dealing with the fields of voice, speech, and theater direction. She also participates in developing theater designed for children and youth, teachers, educators, as well as artists.

As head of the artistic organization “Četveroruka”, she has organized a number of innovative events that connect artists and the public in specific ways (e.g. performing conference, sharing performances, performance dinners, and similar). She also initiated the magazine for performance-theoretical conversations – “Čitanka”. She has directed 25 performances, mainly signature, on the independent and institutional scene in Croatia (“Kuća na oštrici”, “Od terora. Od borbe. Od boli. RASPLITANJE.”, “Soba za poglede”, “Adagio”, “Medeja”, “Prašnjavko”, and more). For the play “Rasplitanje”, she earned an award at the 26th Days of Marulić in Split.

She is devoted to artistic and scientific research in the fields of the mutual connections between voice and body, female gestures, and women’s principle of acting in art and life, the synesthetic theater, drama ensembles and the relationship between different performers. In her voice and speech work, she combines knowledge acquired through formal education at the Academy of Dramatic Arts and the Faculty of Humanities and Social Sciences, and informal education from workshops lead by Katherine Pongracz, Cicely Berry, Sigmund Molik, Julie Varley, Deborah Hetch, Ros Steen, and Barbara Houseman.

The play Correction is Inspired by conversations with the inhabitants of Darda in Baranja. This performance is a testimony and analysis of the paradigmatic problem of life in still post-war Croatia. Thus, the play deals with intimate relationships and broken ties between people. Also, it observes them in the context of political and sociological reflections of everyday life. Through a theatrical response to the documentary material, CORRECTION will try to establish its own specific response to the painful place of the context in which we live, which is currently additionally affected by the corona-crisis.