Kate McIntosh (New Zealand, 1974) creates work in a variety of different media, such as performance, theatre, video and installation. Her previous performances at Kaaitheater include Dark Matter (2009), Untried Untested (2012), All Ears (2013), Worktable (2016), and In Many Hands (2017). She is a member of Spin, an artist-run production and research platform in Brussels. Both humour and the link with science and experimentation are elements that frequently crop up in Kate’s work. From 2017 to 2021 Kate McIntosh is an artist in residence at Kaaitheater. 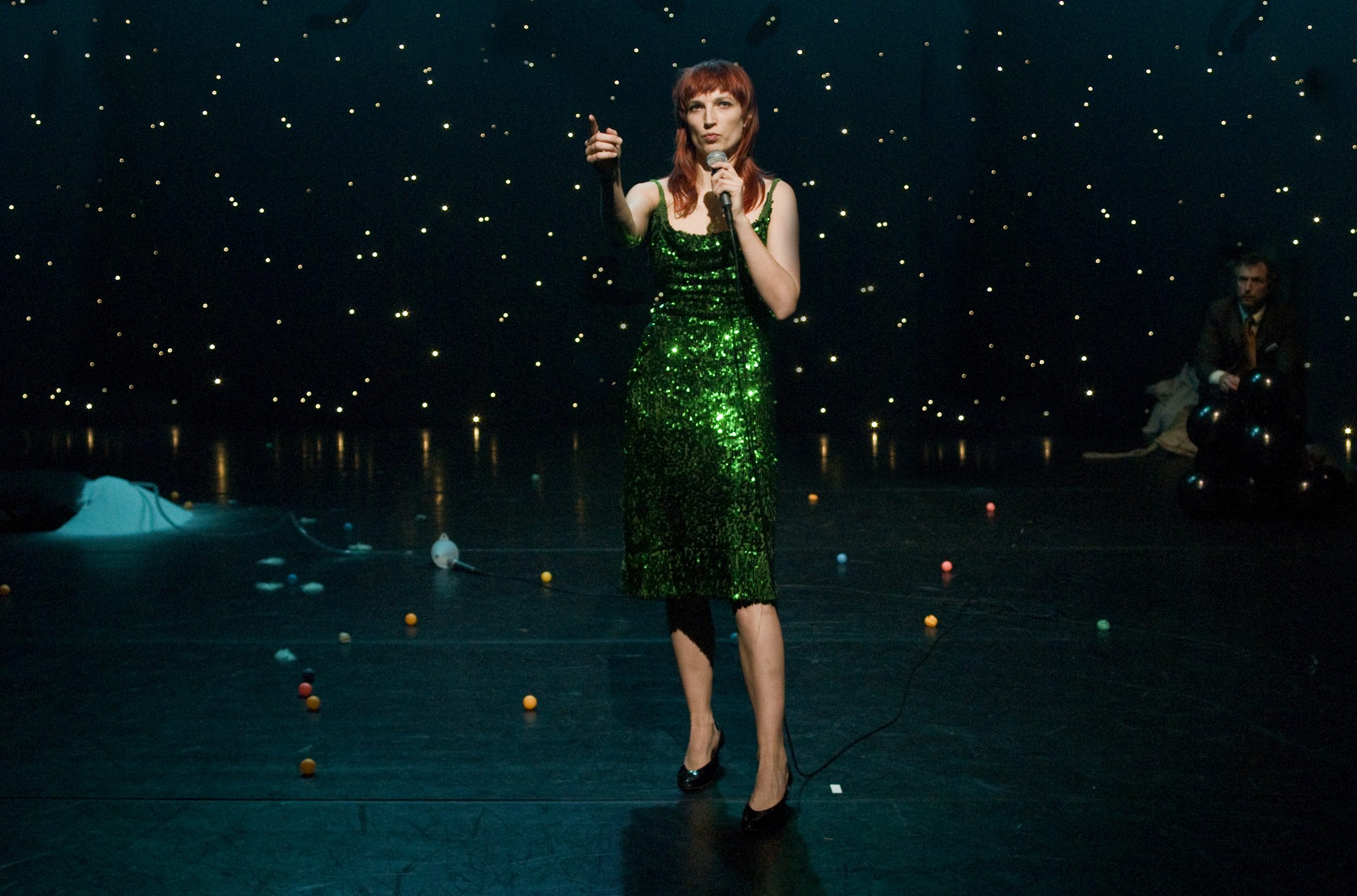 Kate McIntosh (1974) is a Brussels-based artist who practices across the boundaries of performance, theatre and installation. Her works often focus on the physicality of both performer and audience, the manipulation of objects and materials, and the development of direct relations with and between audience members. Kate’s practice is guided by her ongoing fascinations with the misuse of objects, playfulness with the public, a love of theatrical images and an off-beat humour.

Originally from New Zealand and trained in dance – since 2004 Kate has developed an internationally recognized body of stage and trans-disciplinary work which tours extensively in Europe as well as to Asia, Oceania, and the Americas.

She is currently an artist in residence at Kaaitheater in Brussels.

Beside her own practice, Kate was a founding member of the Belgian performance collective and punkrock band Poni, and has collaborated as a performer with many directors including Tim Etchells (UK), Wendy Houstoun (UK), Simone Aughterlony (NZ/CH), Antonia Baehr (DE), and Meryl Tankard Australian Dance Theatre.

Kate is also a founding member (together with Diederik Peeters, Hans Bryssinck and Ingrid Vranken) of SPIN – an artist-run production and research platform in Brussels, which also organizes public gatherings for knowledge exchange.

To Speak Light Pours Out

Kate McIntosh’s latest performance throws the work of several writers, composers and performers into the mix. To Speak Light Pours Out immerses you in a powerful listening space: it is a world where rhythms, voices, texts and their meanings shape and channel each other. Surrender to exhilarating polyrhythmic beats and the raw energy of layered voices that unleash sonic and spoken images, both political and poetic, liberating and activating.