Ivana Müller is a choreographer, artist and author of texts. Through her choreographic and theatre work (performances, installations, text works, video-lectures, audio pieces, guided tours and web-works) she re-thinks the politics of spectacle and spectacular, re-visits the place of imaginary and imagination, questions the notion of « participation », investigates the idea of value and its representation, and keeps on getting inspired by the relationship between performer and spectator. 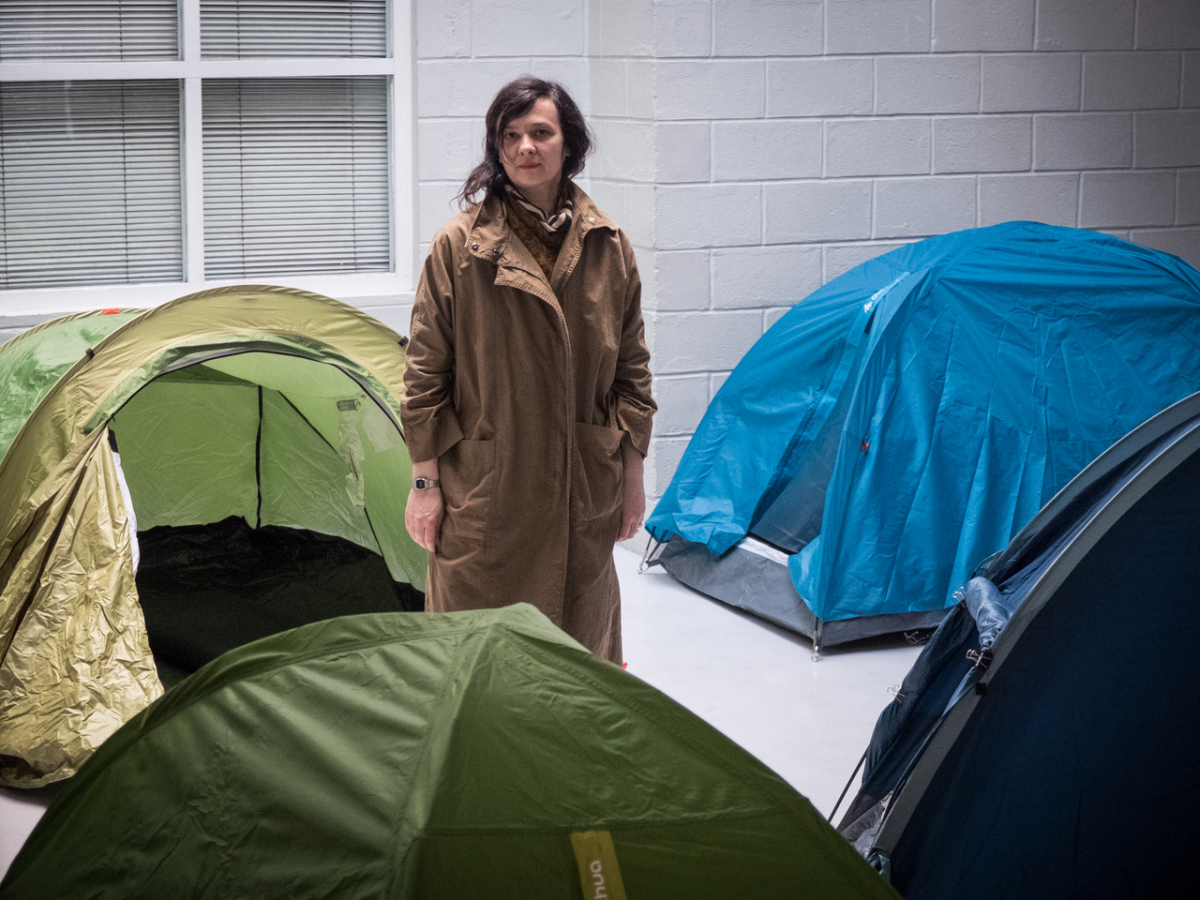 By Gerco De Vroeg
“Over the past few years, I have also become interested in using ideas of exchange and ecology as a frame: how do we invest ourselves in being together? How do we exchange thoughts and ideas? How can we recycle in a good and interesting way? How do we work on the idea of sustainability as a practice but also as an approach to choreography, dramaturgy, etc.? ” Ivana Müller

In 2007 Müller received the Charlotte Koehler Prize from the Prins Bernhard Fund (NL) for her oeuvre, as well as the Impulse Festival & Goethe Institute Prize for her piece While We Were Holding It Together. That same year, the piece was also nominated for the Dutch VSCD prize for best performance of the year.

Müller studied Comparative literature and French at the University of Zagreb, Choreography & dance at the School for New Dance Development  in Amsterdam and Fine Arts at the Hochschule der Künste in Berlin.

From 2004 till 2009 she was a founding member of artistic collaborative platform LISA (Amsterdam). In 2017, Ivana Müller was associate artist at the Ménagerie de Verre in Paris.

Ivana Müller was born in Zagreb and grew up in Croatia and in Amsterdam. She lives in Paris and works internationally.

The five fundamental mechanical principles of movement are gravity, inertia, resistance, momentum, action, and reaction. And they inspire Ivana Müller in her new work. Thus, these principles compel bodies, objects, animals, water, minerals and plants to move. Indeed, we must control them if we want to walk and dance. What if these forces apply to social, political and emotional bodies? A new perspective arises on the world around us.

This show has been cancelled to help contain the spread of the new coronavirus.

Forces of Nature follows a movement of an articulate and complex organism composed of five persons with different energies and ideas. Their desires might not be the same, but they have a common goal: the construction of a shared physical and imaginary space.