Fikos is an artist who’s working predominantly in iconography and murals, and who understands the significance of the past. In areas that exist for as long as humanity (art being one of them), that significance is even greater. However, his vision of Greek contemporary painting being popular and recognized internationally is based on its evolution into a modern universal event rather than becoming a celebration of nostalgic accomplishments of the past. 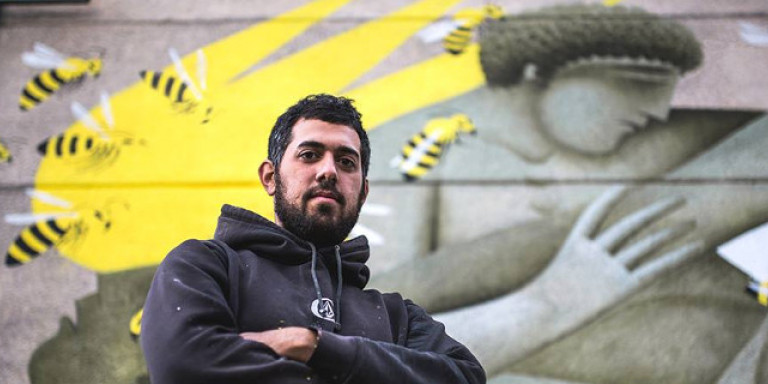 Fikos
From the globalization of the Hellenistic period, to the end of the great Byzantine Empire, Greek art has reached from France to India.
As an open artistic system based on two pillars, the chiasmus based Rhythm and the Legibility, it took several forms through the centuries in order to serve multiple nations, religions and societies, providing at the same time artistic freedom to individual artists as well.
When the Ottoman Turkish occupation ended this 2000 years period of intercultural Greek-Byzantine art, Greek culture continued to inspire Europe and the rest of the world in art movements, such as Neoclassicism and Modernism, as well as monumental architecture.
This long tradition’s continuer is Fikos.
Fikos