Suzan Boogaerdt and Bianca van der Schoot have been working together ever since they graduated together from the Mime Department of the Amsterdam Theatre School in 1999. In 2016, Boogaerdt/VanderSchoot became key artistic associates of Theater Rotterdam, and since then they have been working in both Rotterdam and Berlin, where they co-create with Susanne Kennedy at the Volksbühne. 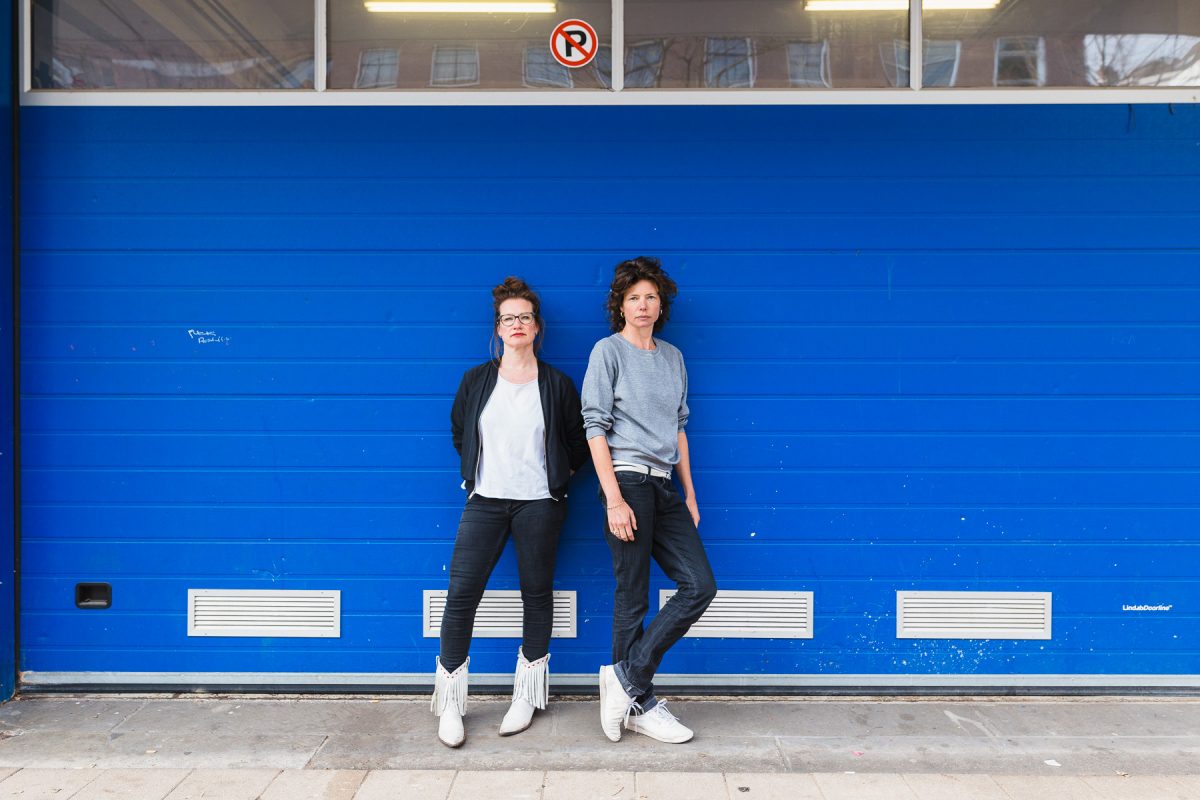 Boogaerdt / Vanderschoot create expressive, physical, bold and highly visual theatrical installations, which revolve around the struggles and challenges people face in today’s media-driven world. They look for the relevance of theatre in the 21th century, and focus on the development of new theatrical shapes and idioms that give space and meaning to our post humanity, and to the flexible and multiple identities that arise from it.

Since 2011 they have been working on a series of ‘Visual Statements’: theatrical representations of ‘la societé du spectacle’ and the role of image culture in our lives. Ours is a universe of representation, in which what is real actually slowly dies. With their Visual Statements-series, Boogaerdt and Van der Schoot are creating ground-breaking and troubling theatre of a special status in Dutch theatre. This series contains five performances: BIMBO, Small World, Spectacular performance, Hideous (wo)men
(a co-operation with director Susanne Kennedy) and The Immortals. At the Venice Biennale 2017, they presented a selection of the series.

The artistic ongoing conversation with Susanne Kennedy was followed up after Hideous (wo)men, by a radical adaptation of the Orpheus-legend, ORFEO, at the Ruhr Triennale in 2015, and in collaboration with Solistenensemble Kaleidoskop. They also made two productions together for the Volksbühne in Berlin: Women in Trouble (2017) and Coming Society (2019).

In the new Theater Rotterdam production ANTIBODIES, the performance duo Boogaerdt/VanderSchoot honours feminine anatomy as the source of creation during a ritual meeting. In a technologically mediated séance, we see a woman moving in a closed capsule between reality, fiction, dream and hallucination. On the basis of her online data, she descends into twilight zones where she meets variants of herself.

A livable climate for everyone

Theater Rotterdam is warming up. Just like the rest of the world. But what does that mean? And how do we deal with it? How do we live together on a warming planet?

In collaboration with Impact Makers, Theater Rotterdam presents the Warming Up Track. Five days in a row that include an exciting theater programme with works from Lotte van den Berg, Emke Idema, Marjolijn van Heemstra, Boogaerdt/VanderSchoot and more. In these performances, the visitor is invited to think about possible future scenarios, with room for discussions and expeditions afterwards.

Specially for the openingstrack developed  the Performance duo Boogaerdt / VanderSchoot in collaboration with Jimi Zoet (URLAND, composer) a dance ritual in antiseptic suits.